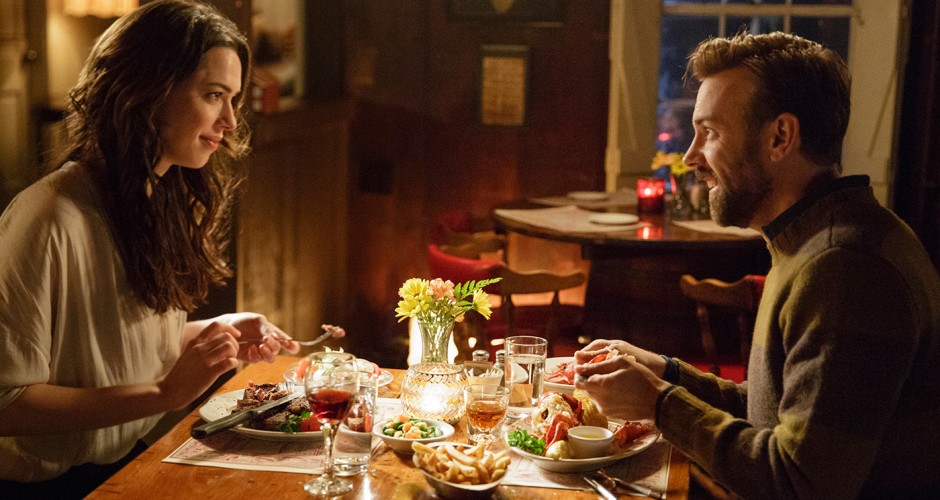 A young widow must decide if it’s time to stop grieving in Tumbledown, a sweet and gently comic tale set in small-town Maine. Grounded by an unromantic love for rural life and the haunting songs of Damien Jurado, the film makes room for lighthearted banter between Rebecca Hall and Jason Sudeikis, who plays the academic digging into her deceased husband’s biography. First-timers Sean Mewshaw and Desi Van Til show no evidence of inexperience in this sturdy and crowd-pleasing picture, which could easily connect with multiplex auds seeking grown-up but not somber fare.

The mystique of the artist who died far too young has inspired much mediocre fiction. Mewshaw and Van Til avoid that fate in several ways, not least of which is their choice not to fill the film with references to the brilliance of art we never see or hear. The music of Seattle songwriter Jurado stands on its own while putting one in mind of musicians (think Elliott Smith, Jeff Buckley, and Nick Drake) who fit the mode of the film’s fictional singer. This man, the adoring husband of Hall’s Hannah, recorded just one album before his death two years ago; the record attracted a cult of fans who make pilgrimages to his grave, while his early demise (whose details, somewhat unbelievably, were never made public) inspired journalists to write gossip-filled articles.